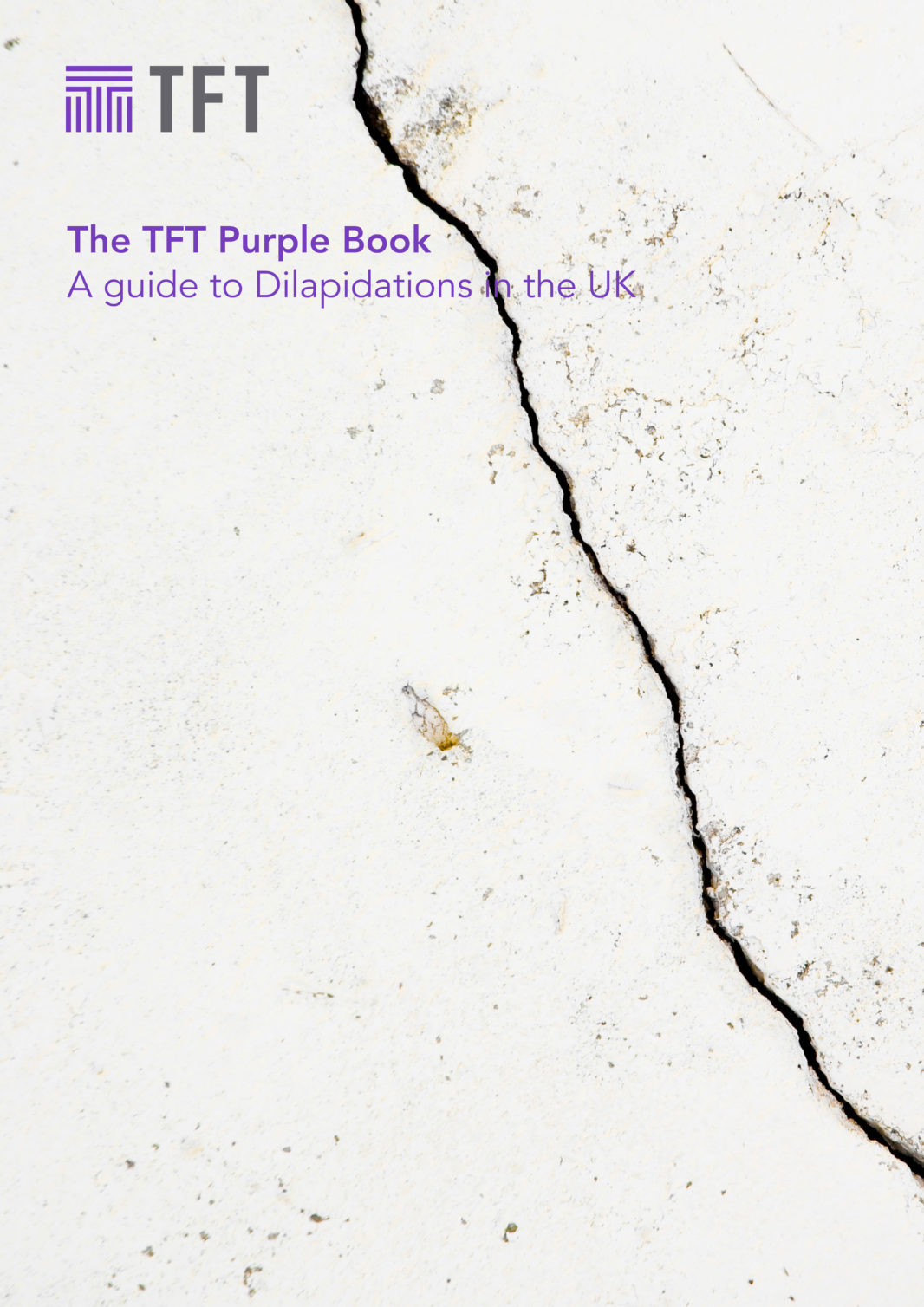 The TFT Purple Book A Guide to Dilapidations in the UK 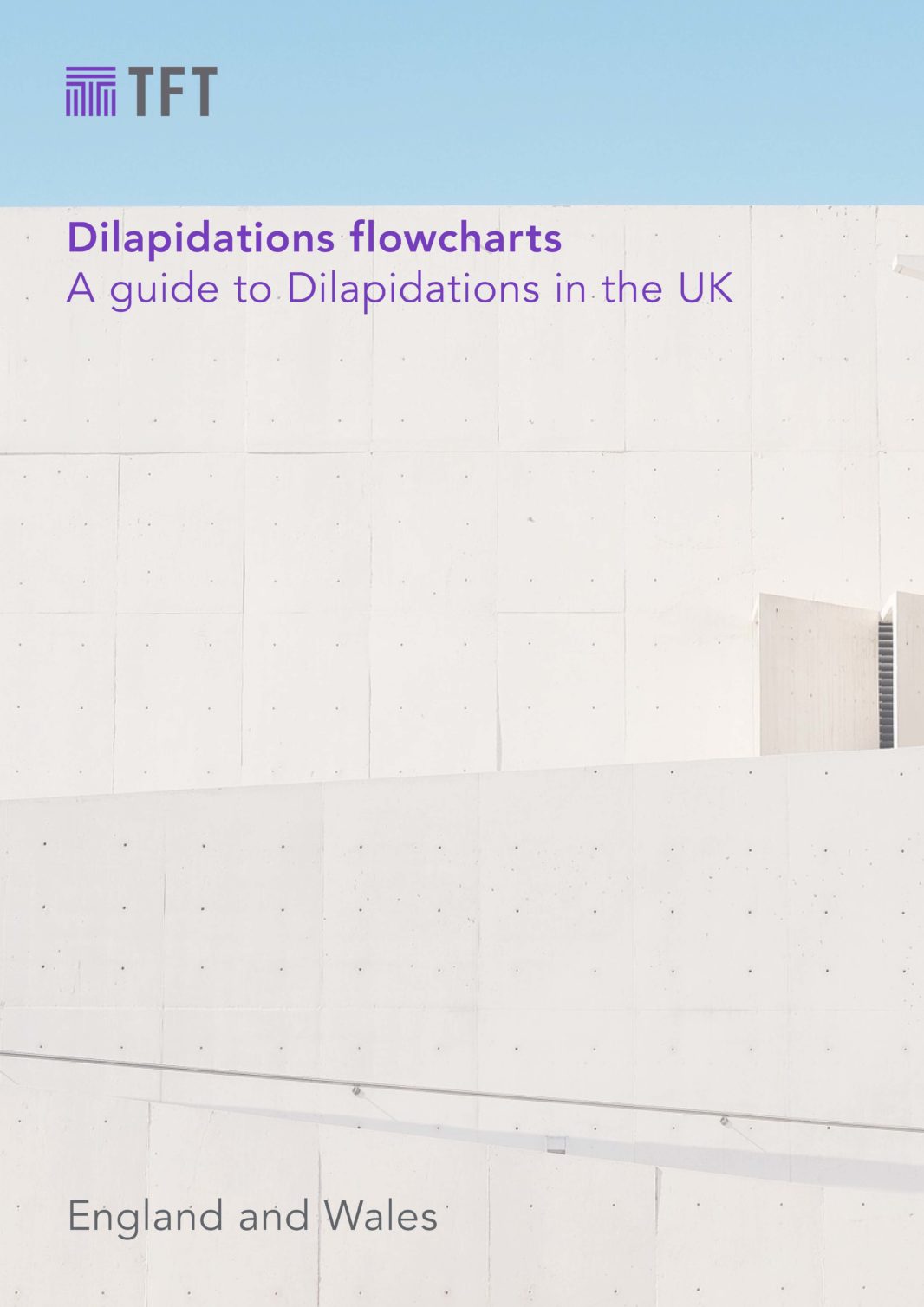 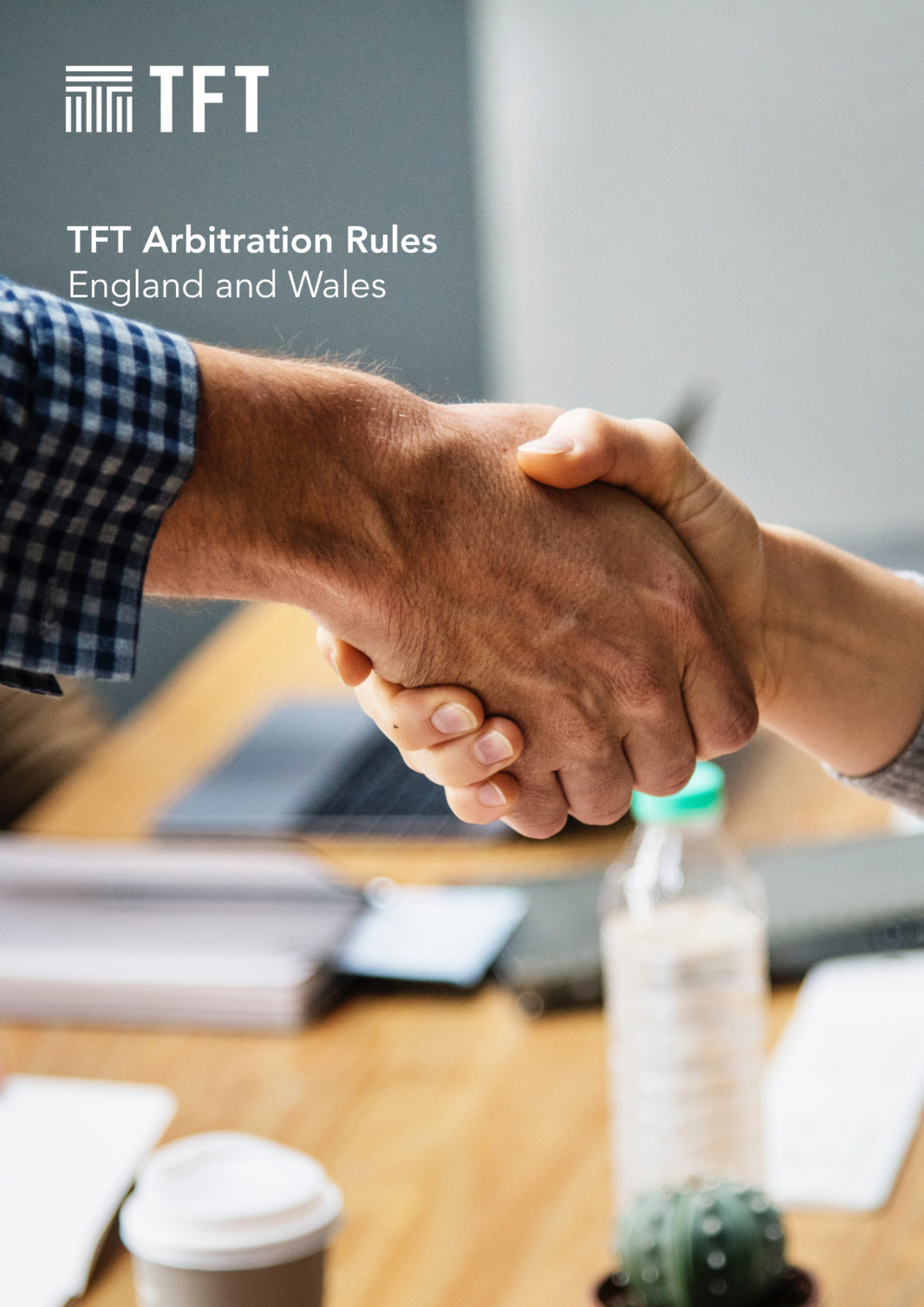 Timber has become increasingly popular in recent years to provide balcony decking, solar shading and privacy screens. Amendments to the Building Regulations in December 2018 specifically prevent the use of combustible material such as timber for balconies on certain residential buildings over 18m in height, but the new Regulations do not apply retrospectively. However, the latest Government advice relates to existing buildings, particularly residential properties with multiple dwellings and includes low-rise buildings under the 18m threshold.

Building owners need to establish what materials have been used, assess the risks, keep residents informed and advise the fire brigade if urgent concerns exist.

The Government Advice Note states that: “the clearest way to prevent the risk of external fire spread is to remove and replace any combustible material with one that is non-combustible (classified as A1 or A2-s1, d0)”.

Please contact Simon Young MRICS if you have any concerns.

Many people will be familiar with ‘the circular economy’, as the concept and terminology rises up the political and business agenda. But how can we turn thought into action in our own industry? UKGBC and TFT teamed up with stakeholders across the industry to publish new guidance to do just that.

Circular economy principles can have different implications across different industries, products or services – but The Ellen MacArthur Foundation identifies these three key traits of a successful circular model:

It’s hard to name an industry which is doing all these things, but as we face more strain on resources of all kinds, it’s incumbent on everyone to improve models which generate waste and pollution for sustainability.

“…the quantity of reused materials in construction has actually decreased since 1998. At the same time, the rates of extraction of materials in our fast-developing world are already way beyond planetary capacity.”

We face a big challenge to employ circular principles across the built environment and the supply chain which feeds it, due to the systemic change which is needed. Closer coordination is one way to achieve this.

To that end, TFT partnered with UKGBC and a range of construction industry stakeholders to formalise the steps to meet an industry-wide circularity objective.

The first output of this work is a guidance document, focusing on RIBA stages 1 & 2 (Preparation & Brief and Concept Design, respectively). Looking closely at setting a project up for circular success, the guidance provide practical steps to realise the commercial value of circular construction, from ensuring supply chain effectiveness to informing project management and mitigating risks along the way.

If you’re interested in learning how the guidance can be applied to maximise the long term value of your building project or your wider portfolio, contact Helen Newman.

The full guidance can be downloaded from UKGBC, here.

The rise of the contractor ‘Brexit clause’

Predictions from the UK property industry on the likely impact of Brexit continue to change and develop as negotiations progress. One of the more immediate concerns which face projects underway now and commencing soon is a possible trend towards contractors adding a ‘Brexit clause’ to the terms of their contract. This clause relates to limiting the level of risk which contractors are willing to accept with respect to procurement and delivery of materials. Where contractors would normally take on the risks associated with importing materials, the ongoing Brexit discussions make for an unpredictable future process in which supply chains might be blocked or delayed beyond contractors’ control.

In cases where a Brexit clause is added to a contractor’s terms, the contractor is expecting the client to accept the risk involved in the form of project delays or cost fluctuations (as a result of tariffs or storage costs for example).

TFT is currently aware of a few instances of these amended Brexit clauses to date and advises clients that these are likely to become more common as uncertainty of the UK’s relationship with the EU continues, particularly if ultimately a “no deal” outcome is reached.

Our further advice to clients is to understand the supply chains for construction products and materials at an early stage to identify areas of risk. As an example, whilst a product may be produced by a UK manufacturer, it may have components from elsewhere all over the globe (or more importantly in this instance, from one of the 27 remaining EU countries). This level of scrutiny of the source of origin for products and materials will be beneficial from a risk perspective and may also be of benefit for sustainability reasons.

Additionally, it is worth clients and their advisors undertaking further due diligence during the contractor selection process to understand what contingency plans they have for managing some of the risks around importing of materials. For example, some contractors are already putting in place holding facilities either side of major ports such as Dover and Calais. With such facilities in place and with careful consideration of lead-in times, this will help to alleviate possible effects to programmes caused by importing delays.

Some contractors are also forward purchasing Euros to the value of supply chain commitments for goods and services from EU member states, to avoid the impact of currency fluctuations. In addition to the above, some contractors are looking to amend contract terms where if, following Brexit, there are more onerous changes to statute in the UK which were previously covered by EU legislation, the contractor is looking to push that risk back to the Employer.

If you have further questions relating to the nature of these Brexit clauses and next steps to resolve supply chain issues, please contact Dan Henn, Partner and Head of Development and Project Consultancy.

Japanese knotweed is a concern to our clients when dealing with dilapidations and investing in property: it’s important that its presence is identified due to the potential damage it can cause from rhizomes (roots) penetrating masonry, foundations and paving and the potentially high cost of remedial works.

On top of the well known financial imperative, there is a further legal aspect which has recently come to light.

However, the Anti-Social Behaviour, Crime and Policing Act 2014 introduces a further facet to what can become a problematic issue. A recent prosecution case by Bristol County Council demonstrates that local authorities are using the legislation available to them, taking action against those who fail to control invasive plants on their land. Under the Act, local authorities can serve a Community Protection Notice (CPN) on individuals or bodies acting in a way that has a detrimental effect on quality of life of those in the local area. Bristol County Council subsequently fined MB Estates Ltd £18,000 for failing to control the weed’s growth.

So landlords, tenants and professional advisers beware. It is important for property professionals and clients to be aware of the risks associated with Japanese Knotweed and that lease obligations relating to its presence and recovery of costs are carefully considered. Leases tend not to cover invasive species very well and linking its presence, and an obligation to remove, to a breach of covenant can be difficult.

For further information and advice specific to your property, please get in touch with Jay Ridings, Associate at TFT.

The TFT Purple Book: A guide to Dilapidations in the UK

The TFT Purple Book: A Guide to Dilapidations in the UK is a comprehensive guide which identifies the legal context, best practice, background to how and why dilapidations is dealt with as it is, and addresses areas of legal uncertainty. It aims to serve as a single point of reference from which the reader can develop a solid foundation of knowledge. It even considers cattle, children and ‘chattels-vegetable’ – and not many text books can make that boast.

You can read more and order the book here.

In this paper we pose the question whether the UK Industrial Strategy and the Midlands Engine will succeed. Of course, they have the potential, but we believe real estate is one, if not the key driver to Birmingham achieving the international status its size and economy deserve.

Technical Due Diligence in Commercial Property

Technical due diligence (TDD) enables those involved with the acquisition, occupancy and disposal of commercial property to understand and manage risk, make informed decisions, and future-proof their investments. Building services installations are more dynamic – and their associated issues often result in greater disruption and cost – than the building fabric elements, so M&E technical expertise and advice is a fundamental part of the TDD process.