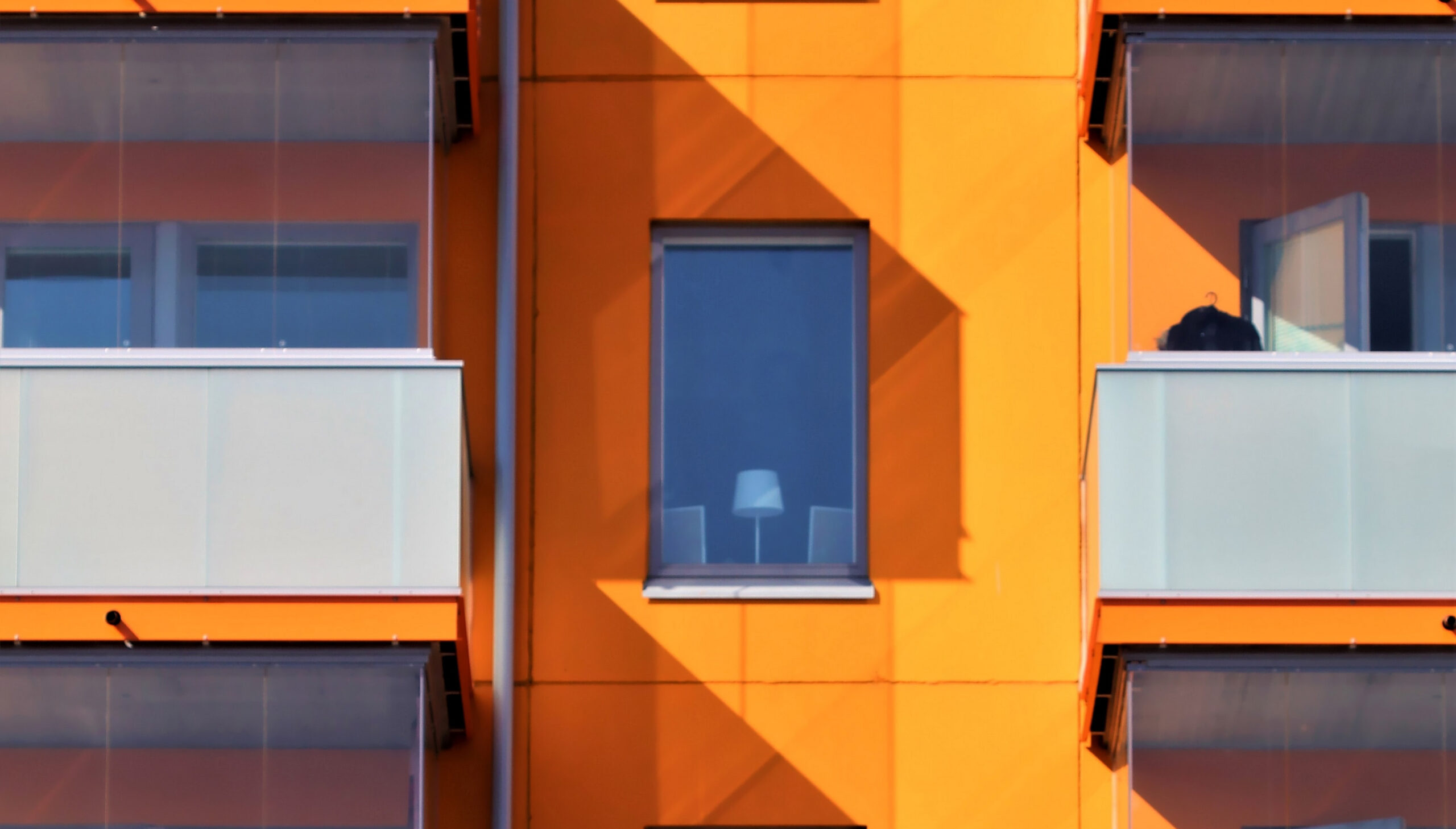 Many professionals and lay people (who aren’t daylight and sunlight surveyors) may assume that if a room has windows, it will be sufficiently lit by daylight. But our industry’s daylight and sunlight guidance and regulations contain much more nuance when it comes to determining good daylight provision, and there is plenty of debate behind the scenes.

Now, an incoming third edition of the Building Research Establishment (BRE) Guidelines ‘Site Planning for Daylight and Sunlight’, is set to adopt new methods of daylight measurement. These will be taken from the British annex of the recently revised and updated European Standard ‘Daylight for Building’ BS EN 17037:2018 (BS 2018).

Our standards for determining good natural light levels are set to change yet again.

What do new daylight and sunlight changes mean for developers, occupiers, and surveyors?

In advance of the BRE 2011 guidelines changing, we have already begun undertaking the new assessments for our clients and local authorities. BS 2018 provides updated assessment methods for quantifying the provision of daylight and sunlight to new rooms, and already supersedes the older ‘Lighting for Buildings – Code of Practice’ BS 8206:2:2008 (BS 2008). However, until formally adopted in the new BRE document, the older assessment methods in BS 2008 have not yet been fully phased out, so still inform the assessment methods used in current daylight assessments.

We put all the daylight standards to the test to see how they stack up. A recent daylight and sunlight assessment project provided the opportunity to explore the new tests required by the BS 2018, and to compare them with the current BRE requirements for daylighting provision to new rooms, which are aligned to the older BS 2008.

Our project brief was to analyse and quantify the potential daylight levels to rooms serving new residential apartments, in an existing building which was being reconfigured. We undertook daylight assessments firstly using the current standard ‘No Skyline’ (NSL) and ‘Average Daylight Factor’ (ADF) tests, which are based on the BRE 2011, and BS 2008. We then repeated the assessment with the newer tests specified in the BS 2018; the ‘Daylight Factor’ (DF) and ‘Illumination Level’ (LUX) methods. We then compared the different results for one example room in the existing building.

What is different about the new daylight and sunlight assessments?

The updated BS 2018 (and the UK National Annex within it), seek to improve upon previous assessment methods by allowing for more flexibility in acknowledging the difficulties designers face in designing for natural light in constrained urban sites, “… the recommendations for daylight provision in a space … may not be achievable for some buildings, particularly dwellings. The UK committee believes this could be the case for dwellings with basement rooms or those with significant external obstructions (for example, dwellings situated in a dense urban area or with tall trees outside), or for existing buildings being refurbished or converted into dwellings …”  The BS 2018 assessment methods seek to make tests, and the data which informs them, more robust and climate / site specific. The original ADF and NSL tests are relatively basic geometric tests, and do not consider the latitude or orientation of the site, only the nearest external obstructions to the windows, and relatively little in terms of internal reflectance values or finishes.

Another important difference between the BS 2008 tests, and those of the BS 2018, is the treatment of the working plane or ‘reference’ plane. In the older tests the entirety of the room area if projected 0.85m up off the floor could be considered the working plane and assessed. The BS 2018 now requires that a 0.5m band around the perimeter of the room be excluded from the working plane and omitted from the tests. The remaining reference plane which is tested should result in less extreme individual highs and lows in daylight factors or lux levels across the room, which previously affected ADF results, especially for L-shaped rooms. However, whilst 0.5m exclusion band is recommended by the BS 2018, it remains to be seen if the updated BRE document will introduce more flexibility for this.

When assessing new rooms to reconfigured existing buildings, L-shaped or narrow rooms are often inevitable and cannot always be completely designed out. Although the perimeter exclusion band to the rooms is intended to even out extreme contrasts in individual daylight results across the room and to the edges of the working plane, it is ironic that the “working plane” for most room occupants is where they put their furniture, which is often against the walls of the rooms, especially in narrow and small rooms. The perimeter exclusion band might result in excluding those parts of a room from assessment, which are most in use by the room occupants due to where they place their desks. The central areas of such rooms, often being used as circulation, would be the main reference plane tested. This means an exclusion band of 0.5m would seem unrealistic for long and narrow rooms, and not commensurate with how such rooms are often used. Consequently, in our study, we chose 0.3m as a more appropriate perimeter exclusion band.

What did we find out?

In a nutshell: the new BS 2018 methods benefit greatly by taking site specifics into account, allowing for a more detailed measure of a room’s daylight potential. However, even between the two new methods (DF and Lux) different outcomes occur which will raise more questions in future about how either assessment should be deployed. The test results have been summarised in Table 1 below.

Table 1, illustrates the visual similarities between the tests, based on where the light is shown to pool into the rooms on the working plane. However, there are notable differences between the testing criteria in each test type, so important variations in the results are also observed.

Under the BS 2008 and BRE 2011 requirements, the LKD would not meet the ADF target value of 2% and would still fall short of an alternative target of 1.5%. It would conversely exceed the NSL target with 95% of the working plane achieving an unobstructed sky view. This is because these tests and their results only consider the most basic geometric obstructions outside the windows, and for the ADF, some generic reflectance assumptions for the room interior. No climate or geolocation specific data informs the tests or results.

For both the DF and Lux tests required by the new BS 2018, the results are informed by location specific climate data, although more so for the Lux test which also considers orientation. In this case the DF results for the room fall slightly short of the recommended target values, whereas for the Lux test the results achieved meet the BS 2018 recommended targets. This shows the BS 2018 testing methods are more site specific and technically robust, but still produce differences between them, in how or if they meet the BS 2018 target criteria to achieve good daylight.

The results of the comparative tests show that the two new tests from the BS 2018 are more comprehensive, and are more informative, when compared to the older BS 2018 tests. This could provide better outcomes for daylight consultants and clients as a result. Both new tests apply different parameters, so the choice of tests will allow for greater flexibility, so the daylight consultant can determine the most appropriate method to assess the space in question. In due course the new BRE Guidelines may provide additional guidance on which test is required (or if both are required), and this detail may be included in updated planning policy. The new BS 2018 also features updates to the calculations for Sunlight, Glare, and requirements for assessing Views, so it will be interesting to see how those are also incorporated into the new BRE Guidelines in the months ahead. The sunlight assessment will replace the APSH test for assessments of potential sunlight provision. However, this article has specifically focused on daylight.

We hope this has provided some clarity and insight to an important change for daylight and sunlight standards. There remain more nuances and discussions to be had on the standards, so please do get in touch in advance of the release of the new BRE guidelines, to help you prepare for these changes.